I often get confused between Encryption and Signing as both processes use the public key and private key. So, I thought to write a blog post about it so that I can look up to it the next time I get confused.

Difference between Asymmetric Encryption and Signing

Now let's understand each one by one.

The process of signing begins with creating the cryptographic hash of the message known as a digest and then encrypting this digest with the sender's private key to generate the signature (signed digest). This signature is then sent along with the actual message.

On the receiver side, the receiver decrypts the signature (signed digest) with the public key and gets the digest, creates a digest again from the message itself, and compares both. If they both match, then it guarantees that the integrity of the message is intact.

Let's try to understand the process of signing. Suppose, you have a message (plain text or a file) and you need to sign it. After signing it, you need to send it to the other end where the signature can be verified. For this, we will follow the below steps.

On the sender's side 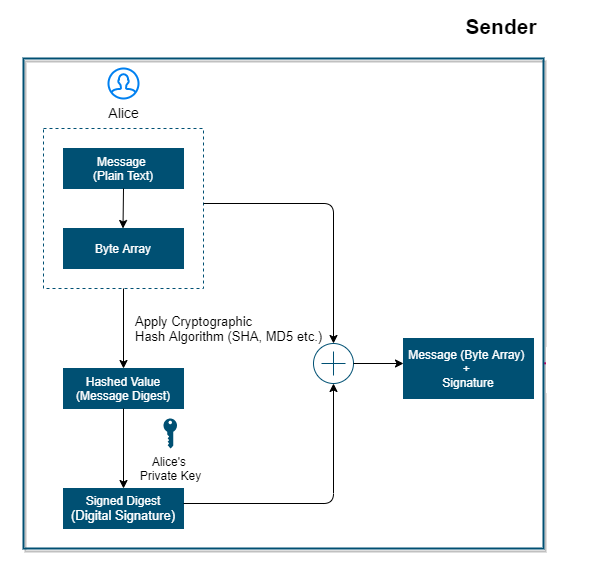 One of the important things to know about signing is that it carries two things - one is the actual message (payload) and the other is its signature. While in encryption, only encrypted data is sent.

On the receiver's side 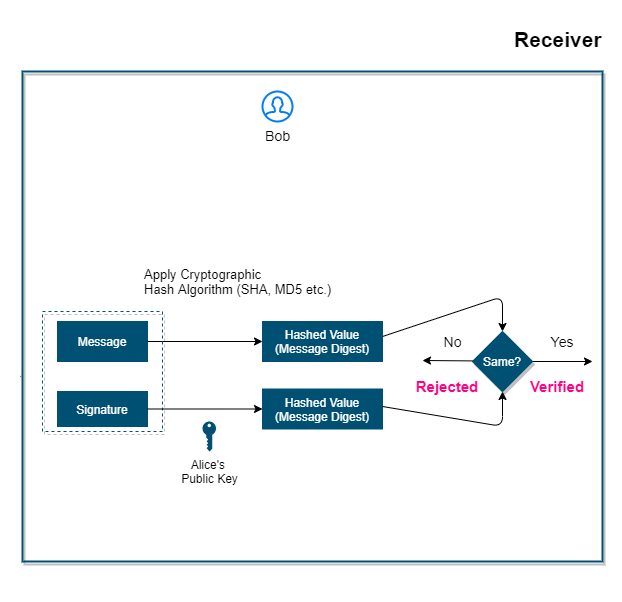 Signing is more about data integrity. Though data is sent in clear along with its signature. But even if someone tries to manipulate it, then his effort will go in vain. Because at the receiver's end, the signature of new modified data will not match with the signature that is coming along with the message. Because both signatures use two different keys.