In this post, we will understand, how to easily get started with CDK in .NET.

Run the below command to install CDK CLI using NPM.

In this step, you will create a CDK App. An App in the CDK represents the entry point for the entire CDK application. The CDK App is composed of one or more Stacks (same as a CloudFormation stack).

The unit of deployment in the AWS CDK is called a stack. All AWS resources defined in a stack, are provisioned as a single unit.

Run the below commands to create a new directory and then change your working directory to the new one.

Once you open the solution, you can see the Program.cs file. This contains a CDK App along with one CDK Stack. 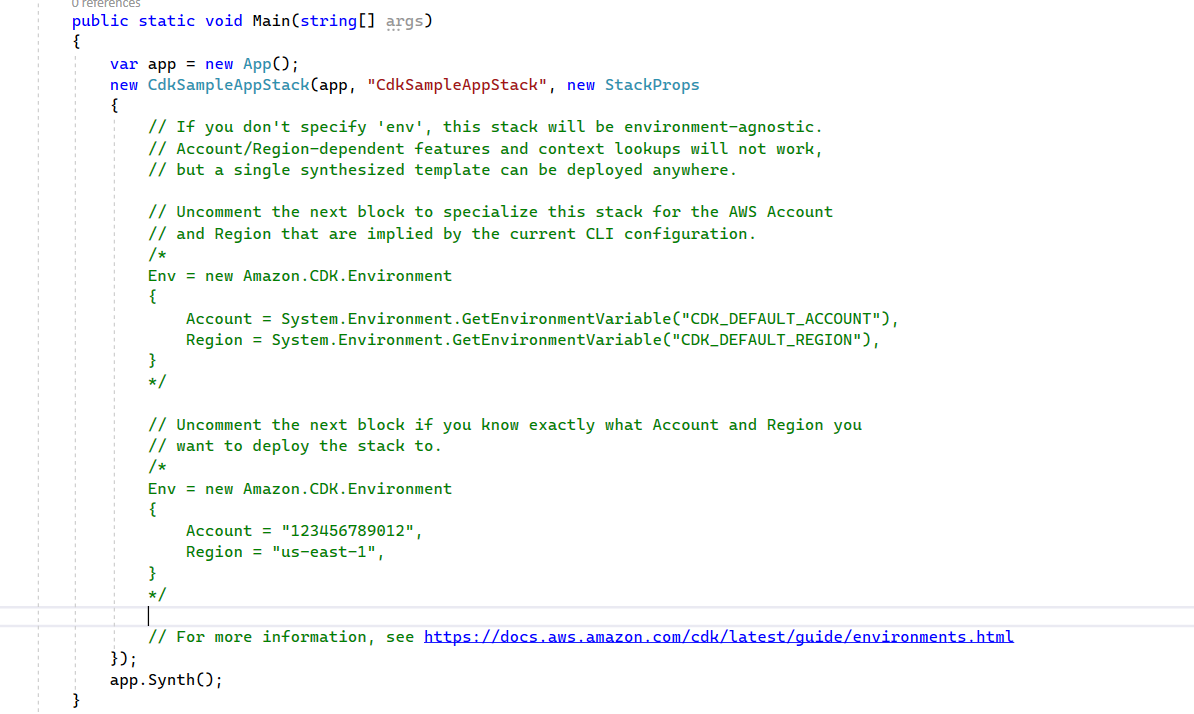 You can skip this step if you are using CDKv2.

To check, go to your project's csproj file and look for Amazon.CDK.Lib NuGet package. If it is there, that means you are using CDKv2 and you don't have to install separate NuGet packages for S3, DynamoDB or any other AWS services. With CDKv2, all these modules are included in the Amazon.CDK.Lib package.

When using CDK v1.x (Amazon.CDK.Lib NuGet package is not installed)

Amazon.CDK is the base package, that must be installed whenever you are working with CDK.

Go to Program.cs and replace the existing code with the below:

Next, go to CdkSampleAppStack.cs file, and replace the code there as per below.

Run the following command to build this application.

You need to provision a few AWS resources in advance to deploy a CDK app in an environment. Those resources include:

The process of provisioning these initial resources is called bootstrapping.

Bootstrapping is required only once per environment, where the environment is a combination of the target AWS account & region into which the stack is intended to be deployed.

To bootstrap, your AWS environment for CDK deployment, run the below command.

Running the above command will create necessary resources in AWS. See the below screenshot. 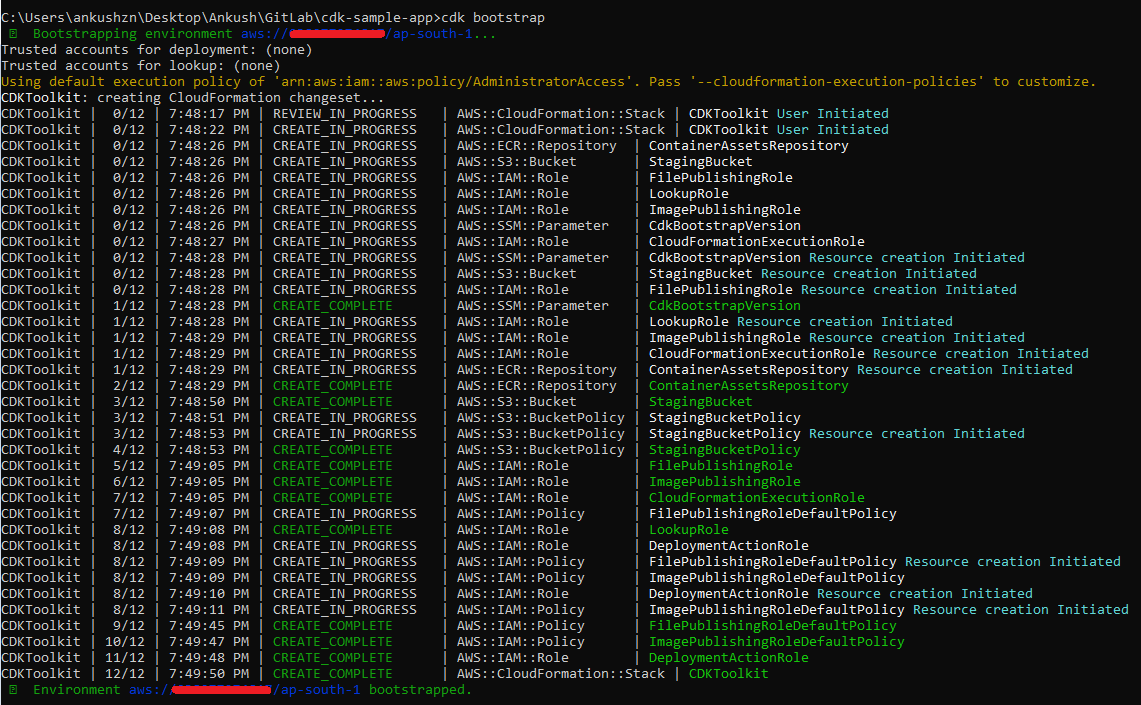 Here is another screenshot of the CDK Stack from AWS Console. 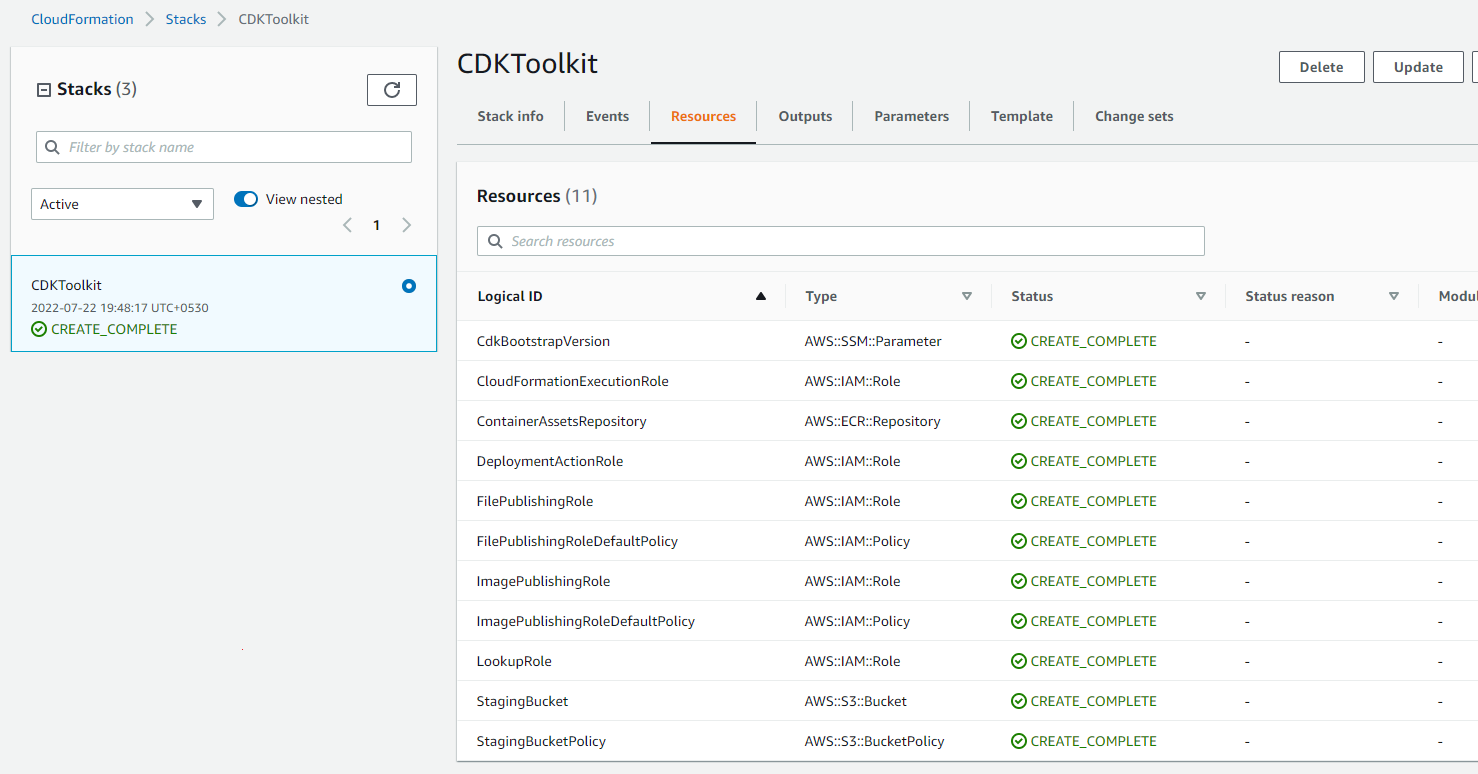 Run the below command to go to the root folder, as you should be on src folder due to the previous step. bash cd..

Next, run the following command to deploy the CDK stack.

Running the above command will deploy the entire stack on AWS.

The same, we can verify from AWS Console. See the below screenshot.

To delete all the resources created by this Stack, just press Delete button shown in the above picture.

In this post, you learned how easily can you deploy resources programmatically using AWS CDK. Please let me know your thoughts and feedback in the comment section below.